Neil is a registered specialist periodontist under the Dental Board of Australia. He specialises in periodontal treatment, dental implants and treatment of chronic pain syndromes.Neil gained his undergraduate dental degree (BDS) at University of Sydney in 1974. He completed a specialist degree in Periodontics (MDSc) at the University of Queensland in 1982. Neil then established a specialist practice in Newcastle NSW, with branch practices in Port Macquarie, Coffs Harbour and Tamworth in NSW.

Neil gained his PhD at the University of Sydney in 2000 and has published over 50 papers in peer reviewed journals. He has been an editor of an international journal, on several editorial boards and has been involved in research at several universities in Australia and abroad in both dental and medical research fields. He has delivered lectures at conferences in both Australia and abroad. He is an Honorary Senior Fellow at the University of Melbourne in the Faculty of Medicine, Dentistry and Health Sciences and is a mentor for the postgraduate students in Periodontics at the University of Melbourne. He also is a supervisor of research projects for a number of these students. He is a consultant to a NATA accredited pathology company and has an academic interest in the science of metabolomics, microbiology, genetics, inflammatory mediated disease and chronic pain disorders.

In his spare time, he enjoys family time, painting and drawing.

We are committed to providing consistent and quality dental care. This is why all four Fresh Dental Care practices underwent voluntary Accreditation and were awarded full accreditation against the National Safety and Quality Health Service standards applicable to dentistry.

We are very proud and excited to be among the very first dental practices in our local communities to be accredited by the Australian Dental Association as part of the Dental Practice Accreditation Scheme. 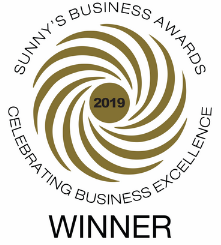